Regrettably, I didn’t see Spiderman: Into the Spiderverse during the year of its release. I had the opportunity to see the film this past weekend and it surpassed every single expectation. Through the excellent characters, writing, score, and animation this becomes one of the greatest experiences you can have as a Spider-Man fan.

Miles Morales (Shameik Moore) is your average teen who’s entire world gets flipped upside down when he gets bit by a radioactive spider. Thus he becomes the Spider-Man of his reality and must team up with others of his kind to defeat a threat who dangers all realities.

Miles breathes new life into the role of the friendly neighborhood Spider-Man. He’s biracial but the film doesn’t take advantage of his race to push some agenda. The film isn’t about him being both African American and Puerto Rican but his heritage gives him a little more character.

He’s a young kid and for an animated film, the mastery of his newfound abilities are pretty grounded in reality. Miles doesn’t start jumping off buildings and swinging throughout the city the second he gets bit. This film could’ve easily made Miles a Gary Stu, but the writers refrain from doing that and the movie benefits from that choice.

Playing safe is a thing of the past

Many movies fail because they don’t push their respective genres enough. When creating a film that doesn’t try to do many new things you can’t expect to do much better than average. Spiderman: Into the Spiderverse is the furthest film from that state of mind. The movie wouldn’t have been nearly as impressive if they just told us the same old Spider-Man story.

The animation alone allows this film to stand out in a good way. In every scene, you could pause the movie and find a great freeze frame. Spiderman: Into the Spiderverse is filled to the brim with style. There are details that you might only notice after your third or fourth viewing and that is a sign of a film that does more than what is needed. This is a passion project and knowing that this film wasn’t about just making money and that it’s creators just love what they were working on makes me appreciate the picture more. 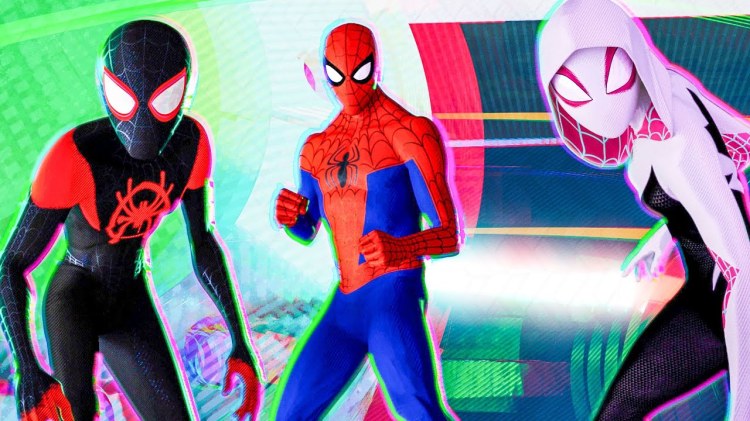 Having a decent soundtrack isn’t special it’s a thing that the majority of films have in common. However, there are very few films whose soundtracks elevate the product they’re played in. If you have a musical itch that needs to be scratched you’ll certainly be pleased while watching. Artists such as Post Malone, Swae Lee, Lil Wayne, etc. offer new songs and long after watching the picture you’ll be trying to look up a few their songs played through the film.

This will go down as one of the best-animated films ever produced. The characters are varied and all have their place throughout the narrative. Deciding not to make a “safe” Spider-Man film really pays off by giving us an experience like none other in the realm of this superhero. Spiderman: Into the Spiderverse oozes personality at every opportunity and the soundtrack is memorable, to say the least.