What happens when you combine adult humor with middle school boys? You get 95 hilarious minutes of unadulterated fun. I had my doubts but this film surprised me with its level of quality.

Lucas (Keith L. Williams), Max (Jacob Tremblay), and Thor (Brady Noon) get invited to a “kissing party” by the most popular kid in their grade. All seems to be going well until Max loses his father’s drone, and the three friends do everything they can to get it back.

Having children do what they’re not supposed to do has always been seen as funny to many people. Therefore, going into this film I expected some kids to drop a couple f-bombs and then I expected the audience to keel over in laughter.

While that still happens the comedic scenes are much better than that. From one of the children giving a girl a sex toy believing it was a necklace to thinking that tampons are used to stop babies from falling out.

There was no long stretch of time where I didn’t at least smirk or crack a smile. That wasn’t just me either the entire theater was filled with laughter from beginning to end.

I didn’t expect to learn anything in this film. Generally, these kinds of movies exist to make their audiences laugh not contemplate their own life decisions.

Not only did this film surpass my expectations for the content of the motion picture. It also surprised me with the themes. There are parts of the film that don’t try to be funny. Which isn’t a bad thing other filmmakers could learn from this.

However, the themes present make me enjoy the movie even more. Learning that nothing lasts forever or that as you grow up people who you were once close with might not be your friends anymore. It’s all apart of growing up but seeing it on the big screen doesn’t make it any easier. 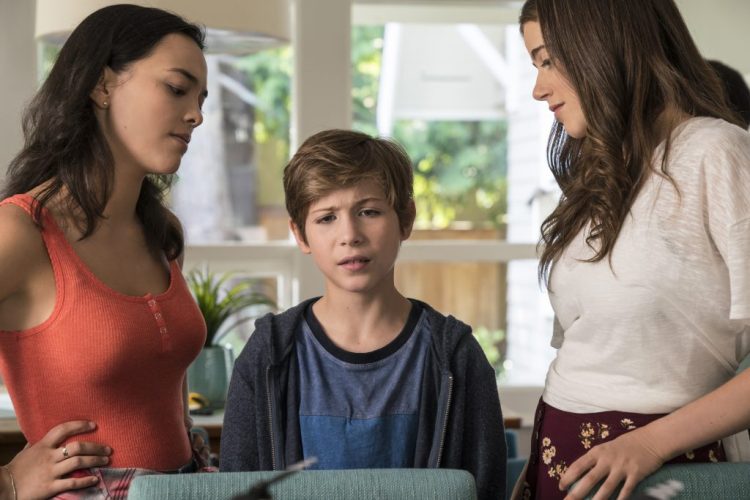 The idea of combing adult humor with children was an interesting idea that paid off at the end of the day. The casting was great and the humor was consistently good.

The jokes weren’t just potty humor I think there something for most ages which I can’t say about most comedies.

It’s a good watch and is deeper than one would think after watching the trailer.