Have you ever seen a film that just makes your skin crawl? This particular experience was designed to make its audience feel uncomfortable and it does a pretty bang-up job at it, to say the least. The villain himself makes the outcome intriguing but other aspects tend to make going through the film a bit sluggish.

A newlywed couple gets more than they bargained for when their new landlord isn’t who they thought he was. 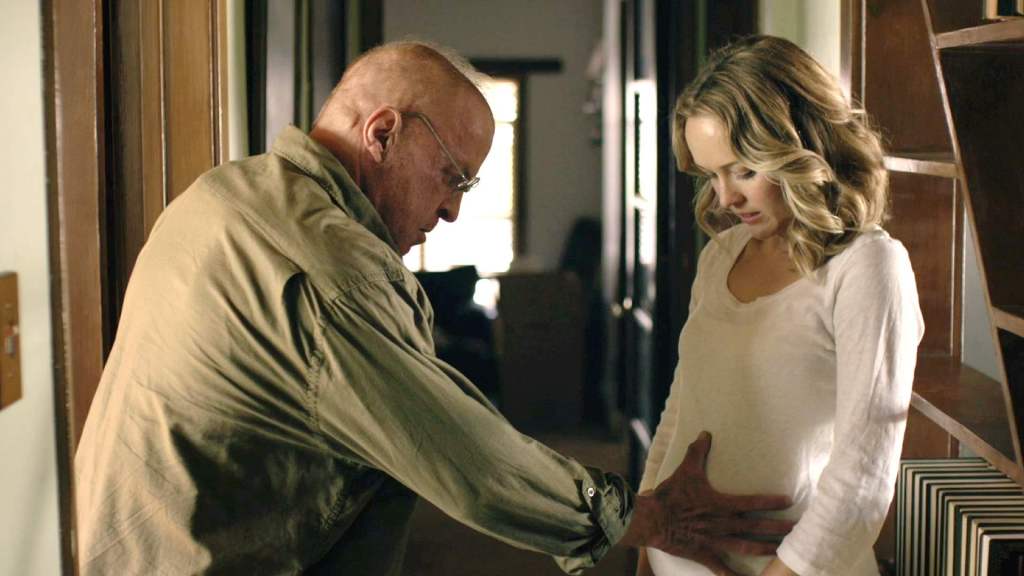 Many films suffer from not having an easy to follow plotline. Audiences can get confused and just uninterested if a story tries to juggle too many things at once.

13 Cameras is as straightforward as it gets in a good way. The majority of the film focuses on the new couple who have just moved in while at the same time showing their landlord who from the beginning will make your skin crawl.

He could simply be standing there and you’ll just have a chill shiver down your spine.

Although the story has a pretty good balance of focusing on different characters it doesn’t mean that everything is interesting. 10 – 20 minutes of the film could be cut out because it’s just not exciting.

Not only is it unexciting it doesn’t add to the plot. At the end of the day, it feels like they were just padding out the film’s runtime. It’s still a fun watch with a couple of friends but it’s difficult to give it more credit than that.

In this film, you’ll find zero motivation behind the antagonist’s actions. In the sequel 14 Cameras, we see more of a reason behind his deeds but no one should have to watch another movie just to understand a villain’s motivation.

Although 13 Cameras is not the most exciting thriller it does have it’s moments. When the film actually does try to focus on being exciting it’s pretty engaging sadly there are only a few of those moments throughout the film.

There are so many unnecessary scenes in the movie that could be cut out simply because they don’t offer anything. However, picking apart the weird scenes with a few friends will make for a fun night.

The most frustrating aspect of the film is how the protagonists could’ve avoided their dire situation if they just behaved how a normal person would.

In conclusion, don’t go into 13 Cameras with the expectation it’s going to blow your mind it’s a pretty fun film, and if you don’t have much going on just turn it on.

It’s available on Netflix currently along with its sequel.

View all posts by Brad Miller